Protection of the personal rights of the entrepreneur on the internet

Polish law provides for the possibility of pursuing claims for infringement of personal rights, including the good name of a person or the company’s reputation. The claims will be justified if a given action is illegal (e.g. it is not taken within the scope of someone’s rights), and of course it damages the good name of the person or the reputation of the enterprise.

Protection of personal rights from a civil law perspective

Violation of personal rights usually takes place either by giving false and negative information or by expressing an offensive opinion. Once we find that an infringement of our personal rights has taken place, we should first call on the portal administrator (or so-called hosting provider) to remove the content causing the infringement. If this does not work, a civil action may be brought up.

In civil proceedings, it is a rule that the action is brought before the court having jurisdiction over the defendant’s registered office or place of residence. However, there are exceptions to this rule. For example, if the parties have agreed otherwise in a contract that binds them or if the law allows for the right to choose another court.

Currently, it should no longer raise doubts that claims for infringement of personal rights are also covered by this provision. Such an interpretation was confirmed in the decision of the Supreme Court of 28 June 1989. (case ref. I CZ 170/89). On the other hand, the Supreme Court in two resolutions adopted on the same day – 15 December 2017. (Case No. III CZP 82/17 and III CZP 91/17), stated that the “event giving rise to damage” should be understood as both the place where the event giving rise to the damage occurred and the place where its effect occurred (the damage materialised).

Interpretation of the CJEU and new questions

Such an understanding of the provision of the Act was not clear and unambiguous before. Yes, it could be described as controversial, incompatible with the literal wording of the provision. However, the Supreme Court stated that the provision of Article 35 of the Civil Procedure Code should be understood in the same way as the Court of Justice of the European Union understands the similarly-sounding provision of Article 7(2) of Regulation (EU) No 1215/2012 of the European Parliament and of the Council of 12 December 2012 on jurisdiction and the recognition and enforcement of judgments in civil and commercial matters (Official Journal of the European Union of 2012 L 351, p. 1, as amended), which the CJEU interpreted, inter alia, in joined cases C-509/09 and C-161/10. What are the practical consequences of this?

Well, let’s ask ourselves, what is the place of the infringer’s action? The place of the infringer’s action is where the publication took place. But this poses a number of other questions. The question is whether, in the case of Internet publication, the following should be regarded as the place: a) where the text was entered into the Internet by the offender’s computer, b) or maybe the place of the registered office of the internet platform administrator on which the infringement took place (i.e. publication of inappropriate content) or c) the location of its servers? What if the registered office  of the platform provider or the location of its servers cannot be easily determined, or they are located abroad?

As you can see, determining the location of the infringing activity is a challenge. It is much simpler to determine where the effect occurred – it is where the impact on a person’s good name or company reputation was the greatest. That is, in practice, where the greatest damage to reputation can occur – where someone lives, does business, where their customers or colleagues live. In other words, where the centre of someone’s life, professional or business activity is located.

Despite this, it would seem that the interpretation of the Supreme Court’s rules on jurisdiction is not always obvious to the courts of first instance (county courts), especially in the case of violations committed on the Internet. Many times, despite the fact that plaintiffs invoked Article 35 of the Civil Procedure Code and the resolution of the Supreme Court of 15 December 2017, the courts of first instance in districts located at different ends of Poland refused the right to choose jurisdiction according to alternate jurisdiction. Therefore, it was necessary to submit complaints to the competent courts of appeal. The deadline for such a complaint is 7 days. In the cases in question, as a result of the examination of complaints, the courts of appeal annulled unfavourable decisions.

As the practice shows, the courts of first instance often find various arguments to declare their lack of jurisdiction under Article 35 of the Civil Procedure Code. One can meet with such statements as:

Not only does the Supreme Court favour the plaintiff

Meanwhile, the specificity of infringements taking place on the Internet was noticed by the Court of Appeal in Wrocław in its decision of 20 May 2015. (case ref. I ACz 1056/15), which was issued on the basis of a case against the administrator of a portal enabling assessment of doctors.

In other words, the choice of court under alternate jurisdiction is the plaintiff’s right, and any considerations of expediency are at most secondary. Moreover, as emphasized by the Supreme Court in the resolution of 15 December 2017, case ref. III CZP 91/17, this right constitutes the implementation of constitutional standards (Article 45.1 of the Constitution of the Republic of Poland) and provisions of international agreements ratified by Poland (Article 6.1 of the European Convention for the Protection of Human Rights and Fundamental Freedoms, Journal of Laws of 1993, No. 61, item 284 as amended, Article 14.1 of the International Covenant on Civil Rights and Political Freedoms, Journal of Laws of 1977, No. 38, item 167).

The Court of Appeal agreed with the plaintiff’s position that the court’s jurisdiction is determined by the place of concentration of his professional activity, understood also as the place where the publication became available to his contractors and clients.

It is also worth noting that from the content of the resolutions of 15 December 2017. (including case no. III CZP 91/17) clearly shows that the main argument exaggerating the standard under Article 35 of the Code of Civil Procedure was of a systemic nature, i.e. it referred to the compatibility of the interpretation of the provisions with the entire system of law. In this case, as the Supreme Court stressed in its resolution on Case No III CZP 82/17, ‘within the framework of the application of the EU regulation, the national jurisdiction and the local jurisdiction of a specific Polish court would justify not only the place of the causal event but also the place of its harmful effects’, whereas applying only Article 35 of the Civil Procedure Code, the place where the harmful effects occurred would be irrelevant.

Protection of personal rights – you can choose the court

In conclusion, in order to effectively protect business against all kinds of black PR on the Internet, false information and vulgar comments from Internet users, it is worthwhile to exercise one’s rights, including the right to court.

It is important to remember that as a plaintiff, we can also choose the court that suits us best, where the real effects of a violation of our good name or reputation have occurred. Such a court will most often be the competent court for the district where the centre of our life, professional or business activity is located, where our clients, contractors, co-workers, family, friends and neighbours could become familiar with the negative publication. In any case, the location of the server is not decisive for jurisdiction in matters of protection of personal rights.

The Supreme Court has opted for such an interpretation and its interpretation of the norm from art. 35 of the Civil Procedure Code paves the way more and more effectively through the case law of common courts. Let’s remember that the enforcement of our rights before the court most convenient for us saves time and reduces costs and may act as a deterrent for all those who, not counting the responsibility for the word, could violate our personal rights in the future. 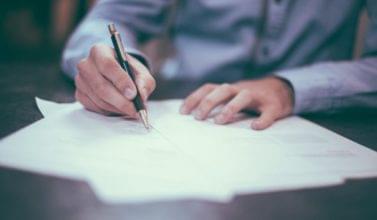 By 13 July 2020, commercial companies are required to submit a notification to the... 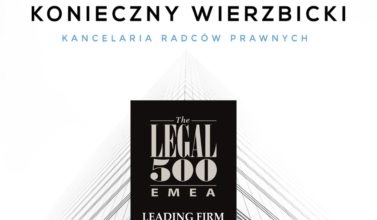 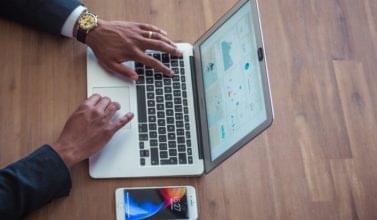 Online and mobile services It can be clearly observed that business entities in Poland...